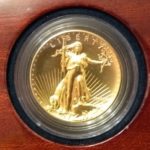 Dr. Bill Mason celebrated his 96th birthday this week doing deadlifts in his CrossFit class.
He also worked in some shoulder presses, sit-ups, push-ups, pull-ups and a 200-metre row.
Not bad for a guy who until recently had never lifted a weight.
-
“I find that the time sort of hangs heavy on one’s hands at this stage in life. And I’m very interested in finding something new that’s different - that’s why I’m here.”
Two years ago, Mason suffered a stroke. His brain function was not impacted, but his body was. He became unsteady on his feet and needed a cane to get around.
“I figured out that part of the wobbliness was that I was very weak. It wasn’t so much a neurological deficit, but I figured if I could get the strength component dealt with, then I would be less wobbly.”
-
Mason started looking for an activity to help him improve his strength and steadiness. As a retired medical doctor, he knew the importance it would make to his health.
His son Patrick, a member at CrossFit 782 in Charlottetown, suggested hìs father check out their Prime Time seniors class.
Mason started going twice a week and says the hard work is already paying off.
“I’m getting strength, which makes me less wobbly on my feet.”
-
Coach Mike Ives, co-owner of CrossFit 782, is amazed at the progress Mason has made.
“We’ve actually seen pretty significant progress with him even in the last five weeks. He has been using his cane a lot less, even through the workouts where he used to have to hold on to a post and do any kind of dumbbell work. Now he’s just standing free and clear,” he said.
“The guy’s amazing.”