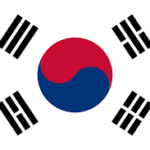 Unless you are a regular viewer of Sunday morning political shows, you’re probably unfamiliar with Booz Allen Hamilton. The Virginia management and information technology consulting firm is another big player in government contracting. The investment opportunity is government agencies have finally started to make the transition from analog to digital, and this is creating a new batch of winners in niche markets. Booz Allen is going to be one of those companies. The company has a stranglehold on the lucrative government and defense sectors. In the era of digital transformation, business is good. You might expect as much from BAH. The company created the concept of management consulting a century ago when Edwin Booz, a Northwestern University graduate, founded the Business Research Service. In the early 20th century, the idea of MBAs with clipboards and a discerning eye for waste and inefficiency didn’t always sit well with onsite managers. However, over time, the worth of a second set of trained eyes along with proven practices remade American enterprise. Along the way, the Evanston, Ill., company landed the likes of Goodyear Tire and Rubber and Canadian Pacific Railway. This century, BAH has been busy remaking itself. It evolved into a premier destination for bright minds in data science, digital solutions, engineering and cybersecurity. The company also leveraged its longstanding relationships with government and military agencies, while maintaining a solid presence among Fortune 100 and Global 2000 companies. Those government contracts included modernizing the U.S. Navy’s intranet. That network is now one of the world’s largest intranets with 800,000 users. Government contracts are not run-of-themill enterprise agreements. These take time to negotiate. Companies must be strenuously vetted, leading to a decidedly narrow field of potential candidates. And when possible partners come into view, companies often have to contend with internal politics. Currently, Silicon Valley is in the midst of a culture shift. Young engineers don’t want to work for the government in any capacity. Thousands of Google employees, and many managers, signed a letter of protest in June 2018 denouncing their company’s planned involvement in a lucrative artificial intelligence contract with the Pentagon. Project Maven had Google Cloud and the Department of Defense working together on autonomous drones. The deal would have been worth potentially hundreds of millions of dollars over time. However, Google managers eventually killed the deal and vowed not to renew the contract, according to New York Times reporting. Microsoft employees staged a similar protest only a few weeks later. This time, engineers did not want any part of deal with the Immigration and Customs Enforcement. The main gripe was a $19.4 million arrangement for processing information and AI development. BAH employees have shared no such reservations. Working with government agencies is the core of its business. And as a consultancy, it can scale up and down to meet challenges large and small. It offers engineering, data analytics, consulting and cyber expertise — all with the full blessing of the U.S. federal government. This is a powerful selling feature. BAH can offer one-stop solutions. It can integrate architecture and reduce the number of vendors. This increases transparency and accountability. It also affords the company a small monopoly of sorts. BAH unveiled work for the Internal Revenue Service in 2018, including 25 new digital products like the IRS.gov website and IRS2Go, a popular mobile app that helps taxpayers look up tax information, make payments and check their refund status. While the smartphone app may look like any other, power analytics are crunching numbers behind the scenes and making choices to give users a better experience. Companies like BAH are being asked to turn archived information and policies into virtual buttons that can be tapped and swiped. It’s the service modern users demand. It also benefits clients who understand data cuts costs by making workers more productive. In the case of corporate clients, it also opens up new business models. IDC Futurescape, a 2018 report produced by International Data Corp., an international market intelligence firm, predicted that 60% of global GDP should be digitized by 2022, driving almost $7 trillion in IT spending. That’s a lot of money sloshing around. The Securities and Exchange Commission announced June 2018 that Booz Allen Hamilton was awarded a spot on a $2.5 billion information technology contract. The SEC contract takes full advantage of BAH’s strengths. The deal will run over a 10-year period, under the purview of the Office of Information Technology. This means the company will be free to modify a wide range of IT initiatives, across several disciplines. This is also another opportunity to showcase what the Virginia company can do. With 24,600 employees, the business has been solid. Speaking with analysts in May, CEO Horacio Rozanski noted the company exceeded $6 billion in sales for the first time in fiscal 2018. It had the best organic growth in the sector, and its highest earnings since becoming a public company. Booz Allen also accelerated headcount. While increasing payrolls might seem counterproductive, hiring consultants translated to increased billable hours and higher profits. BAH shares trade at 25.3x forward earnings, for a market cap of $10.3 billion. Given the potential size of the market, the stock is still cheap. My initial target is $140 by late 2022. That’s a potential 92.4% gain based on the stock’s Dec. 2 price of $72.76.

The U.S. Navy and the Air Force’s Space and Missile Systems Center announced that BAH has been awarded a $178 million contract to provide technical engineering services toward the modernization of advanced Global Positioning System systems. Shares currently trade at 22.2x forward earnings. The market capitalization is $10.9 billion. Booz Allen shares are up 9.6% in 2020. The 5-year compound growth rate is 22.9%.