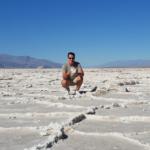 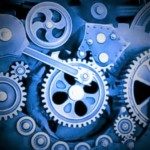 Where the heck are the sellers? Maybe the same place as they were in 1999?

These moves are, to put in one word, insane.

There isn't anyone now I know who can justify the endless rally in the cloud kings or the work-from-home stocks. How does ServiceNow (NOW) get up here? Or Coupa (COUP) ? Or Ring Central (RNG) ? Or any of dozens of other stocks, go higher without bringing sellers?

Most people are too young to remember this time 21 years ago, though. At that point, I was younger, less cynical and more willing to "play."

I would huddle with my great team and order them to pick their favorite names. I would then buy deep in the money calls on the Top 20 stocks and say "to hell with it, I don't care if they are overvalued, I don't care if it makes no sense, I just care that there are no sellers."

I suspended all judgments and I made fortunes. It was an incredible year. A ridiculous one.

I would write this on these pages everyday and twice on Sundays. I wanted everyone in.

I told everyone to buy the ones that were going higher. They kept going higher and higher. Then one day in March I had enough. We found the sellers at last. They were the insiders. They dumped like mad. They overran the buyers. I said, "Sell them all."

People who bought them, even in February, crushed it. But if you didn't get the sell call, if you weren't a subscriber, you never forgave me.

I can't just say let it ride without admitting that it's crazy. But I will ask, like then, where are the sellers? We must expect massive insider selling.

Until then though, there's not enough supply even up here. Insane!